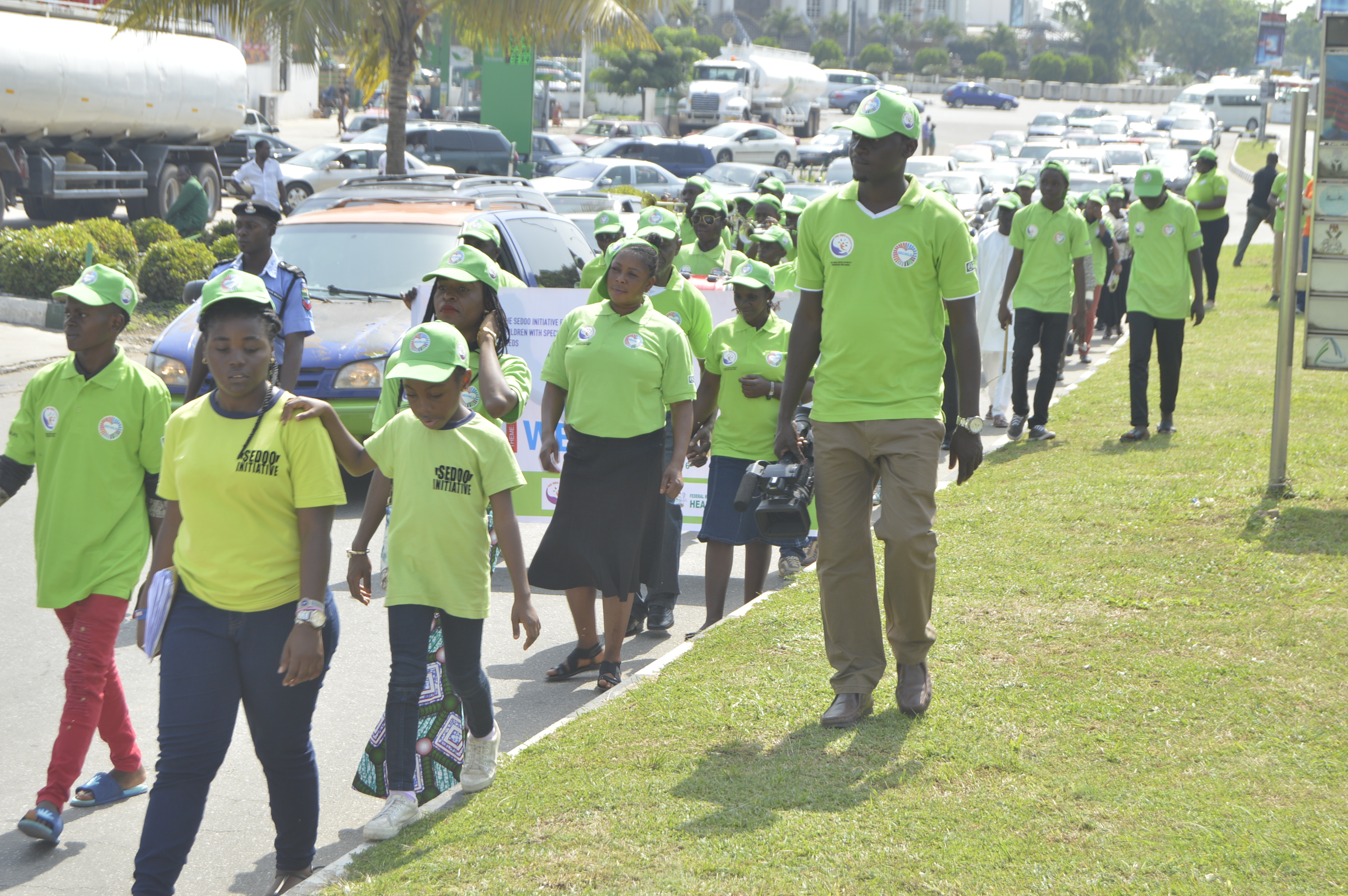 Tersoo was born two years ago in a community  in Benue State. He had delayed development and was given out to be killed.  But for the intervention of a non-governmental organization, Tersoo would have been killed.

Tersoo had health challenge referred to as cerebral palsy, a brain damage caused by brain injury or abnormal development of the brain. It is said to occur while a child is still developing before birth, during birth or immediately after birth.

Deborah Sedoo was born in 2005 and Joshua Aondofa in 2007 to Mr. and Mrs. Aondofa Anjira. They were both born with Cerebral Palsy (CP). While Sedoo died at two years, Aondofa died at about eight years. The family has now established The Sedoo Initiative for Children with Special Needs .

Worried about the absence of professional assistance and support centers for children with cerebral palsy in Nigeria, some concerned families, experts and non-governmental organizations took to the streets in Abuja, last week to raise awareness about cerebral palsy and the issues that affect people with the condition, and also to awaken the relevant government agencies to their responsibilities in creating a more inclusive society.

Any individual diagnosed with CP is expected to live with the malady for the entire life. Experts say the impairment caused by CP is manageable through treatment, surgery, therapy medication and assistive technology. All these, stakeholders say, help maximize independence, reduce barriers, increase inclusion and thus lead to an enhanced quality of life.

Specialists say the effects and barriers of CP could be lessened considerably by the support of policy makers with an environment that enables people with disabilities to play a full part in their communities.

“When we heard about it, we got him. He has been with us. To the glory of God he is walking. He has been the online child at the Centre who can walk.”

She regretted that Nigeria has not given enough attention to the issue.

“That is why we want to partner with the Ministry of Health and the National Human Rights Commission. We are waking them to their responsibilities. We are calling on them to do the needful, to give us the environment and make the children live a normal life. We want their right to life to be guaranteed. These children are being killed every day.  They are being regarded as snake incarnates and spirits.

They deserve the right to education.  Most of the classrooms cannot take them. Another is the right to health. It is very difficult to even get places where you can even go to.  They are unable to determine what is wrong with the children and lack knowledge about how to treat and care for them,” she noted.

On why the Centre was established, she explained:  “We have been married for like 14 years and we have had 4 children. Two of them, a boy and a girl were born with cerebral palsy.  The first of the two died after two years. Before she died, we had the brother. He died at about 8 years.  This was the reason we started the Centre. We wanted a place where other parents could come to. We give them therapy and we care for them.

Having children that need care 24 hours and having to go out and do other things is difficult. That is why we decided to have a Centre where we could take care of other children. A child that is born with CP will grow with it.  The child needs to be trained and cared for. If the child dies, that’s God’s time.  If the child doesn’t what happens? The child needs to be independent. They cannot be independent in adulthood if not trained.

“There are special skills that could be introduced to them, if they have opportunity to learn, and they will be able to understand. If they cannot articulate, at least they can gesticulate to give meaning to what they want to say.

“This is an advocacy kind of project to draw the attention of government that there is so much that needs to be done. In fact, so far, so much is left to be desired. We try to look at a curriculum for the schools and we are of the view that much more needs to be done to address the needs of this class of children.”

A Clinical Psychologist from University of Pretoria, Dr. Primrose Fakudze, called for great deal for children with cerebral palsy. She called on Nigeria to develop the right policies and support for children with the condition. Fakudze encouraged parents with children with deformities to consider such children as gifts from God.

Her words:  “I just want to urge parents out there that there is no shop that sells a child.  All parents are from God. No one can ever go to shop and say they want to buy a particular child.

“We want each and everyone in the country to come out and support these children.  Parents of these children did not choose that they should be born with this condition.  They did not apply for it. They need our support, they need our love.  It takes a whole village to raise a child.

“The causes of CP is related to the brain stopping functioning.  There is nothing beyond that. It is not witchcraft or anything. It is just a neurological effect of the brain. It means that the brain has stopped functioning, has stopped developing. Those are the only causes of CP.

Cure is long time process. There is no proper medication that we will say is there. We rather talk about management of CP where we have physiotherapy, rise therapies, movement therapies and so on. The major therapy for it is physiotherapy. There is no basic cure. It is a life term condition.”

She called for greater national action on children born with the condition and urged the country to collectively treat the issue with the serious attention that it deserves.

“Nigeria needs to come together as a team. The Ministry of Health needs to get more involved.  The children have rights like every other child out there. They need to go to school. They need to go and play.  We need to start finding the facilities for them in schools so that they can be accommodated in schools. It is not good for them to lie down from morning till sunset.  The best therapy is for them to go to school and see other children. When they see other children smiling, opening their mouths and saying something, that in itself is a therapy.  Seeing this will make them eager to say something. They would imagine themselves doing same. By doing so, we are providing something for them to look forward to,” she added.

According to her, “Many other countries have facilities to cater for such children in schools. There is what we called inclusive education. I am sure the Ministry of Education has that in their policies. There is something called the individual education plan ‘IEP’.  We need to start working on that in schools to accommodate such children.”

A legal practitioner at the National Human Rights Commission (NHRC), Folusho Olakunle, stressed the need for parents and loved ones to have access to information about CP, access to support, and access to supplies.

“For instance, some countries have the resources needed to provide families with the necessary things needed to help them take care of their disabled children,” she noted.